What is the fastest business jet?

At Air Partner, we pride ourselves in being able to offer you a wide range of aircraft to ensure we always meet your personal preferences and that you fly on the most suitable aircraft for your trip.

One of our partners within our global network, Qatar Executive, is in the process of transforming their fleet to exclusively comprise of Gulfstream aircraft. One of the pioneers in business jet manufacturing, Gulfstream aircraft excel within the super midsize and global jet categories, both in terms of performance and aesthetics. In this article, we take a look at why the G650ER is widely considered the ‘best in class’ global jet and how it recently broke a World Record.

The G650ER has won acclaim on two grounds – speed and range. It is regarded as both the fastest and longest-range business jet in the world, capable of reaching Mach 0.925 and sustaining a comfortable Mach 0.90. It is powered by two Rolls-Royce BR725 A1-12 Turbofans, delivering 16,900 pounds of thrust. The aircraft is capable of flying 7500 nautical miles at up to 51,000 feet. This is the equivalent of flying from London to Singapore or New York to Tokyo.

The G650ER’s aesthetics are equally as impressive as its technical performance. Featuring the distinguishable panoramic oval windows that are standard across the Gulfstream fleet, the cabin feels light and airy and offers stunning views. The cabin is configured into up to four separate living areas and can sleep up to 10. Whilst the finish evidently varies across individual aircraft, it is sleek, sophisticated – every seat is handcrafted and positioned next to a window. The cabin generates 100% fresh air and offers the lowest cabin altitude in the industry, ensuring you arrive alert and refreshed.

To truly put the capabilities of the G650ER to the test, the One More Orbit project was developed as a multinational attempt to break the world record for the fastest circumnavigation of the earth via both poles. The successful attempt of the Qatar Executive G650ER was accomplished during the 50th anniversary celebrations of the Apollo 11 moon landing, as a tribute to the past, present and future of space exploration. It achieved a new world record of 46:40:22.

Where could the G650ER take you?

Here are some example flights and prices to inspire where you could fly on the G650ER. JetCard members can use their funds towards these On Demand prices if you want to specify your aircraft and secure the G650ER.

Get in touch for more information or a quote.

*All aircraft are subject to availability 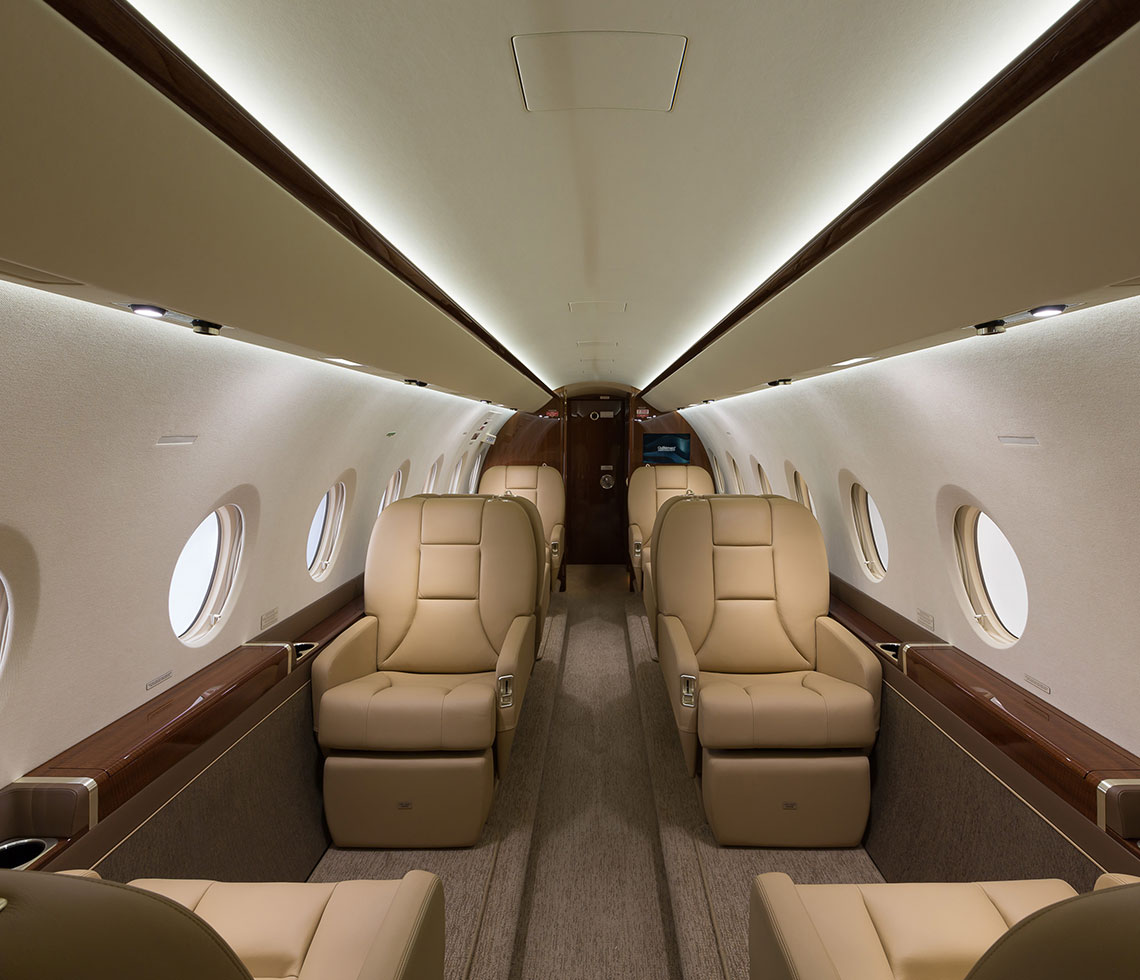 Investing in private charter for your business travel

Keep us in mind when you next need a last minute private jet flight. Our latest blog explains why our team of experts, global network and round the clock service 24/7/365 makes us the best choice for time critical flights.

A private jet that can land anywhere? Introducing the new Pilatus PC-24

The Swiss manufacturer Pilatus is aiming to set a new precedent for Light Jets with its latest model, the PC-24.